skip to main | skip to sidebar

Sponsored by the Goethe-Institut

This blog will provide info and updates on the US tour of Wolf Hogekamp, Lars Rupple, and Sebastian 23, who are attending the National Poetry Slam in Minnesota.

Green Mille - I am the new wrong - Wolf Hogekamp


green mille - chicago, 31.7.2010
host: marc kelly smith
An exception would be Wolf Hogekamp, a performer in the already mentioned "bastardslam." He sharply and comically describes both life on a traffic island and the world shrunk to the size of a traffic island. Hogekamp, one generation older than most poets in the scene, is not caught up in the scene's tautology of affirmation and critique. His expression encompasses his strength. He possesses something of the incorruptibility of the best rap that comes with a freedom of the tongue that doesn't complain if caught in an unfavorable place.
Konrad Engelschall
Posted by wolf hogekamp at 10:59 AM No comments:

Posted by wolf hogekamp at 12:23 PM No comments:

Our friend and slam poet David introduces us. Thank you all for the great time we have at the US.

A video from our show in the Blue State Coffeshop in Providence/RI, Thank you for the great time there!

Posted by Gary Glazner at 5:44 AM No comments: 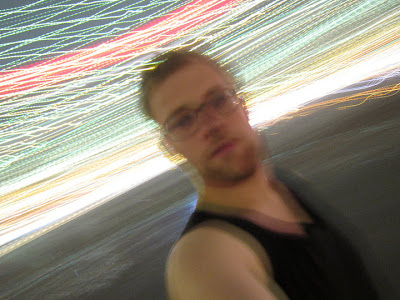 Posted by Gary Glazner at 5:40 AM No comments: 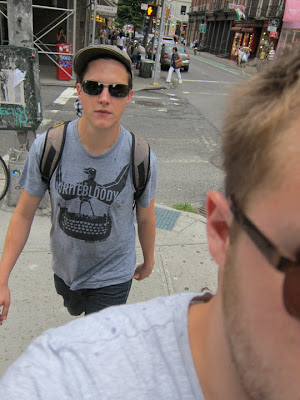 Posted by Gary Glazner at 7:59 PM No comments: